The man who started the First Mobile Eye Camp 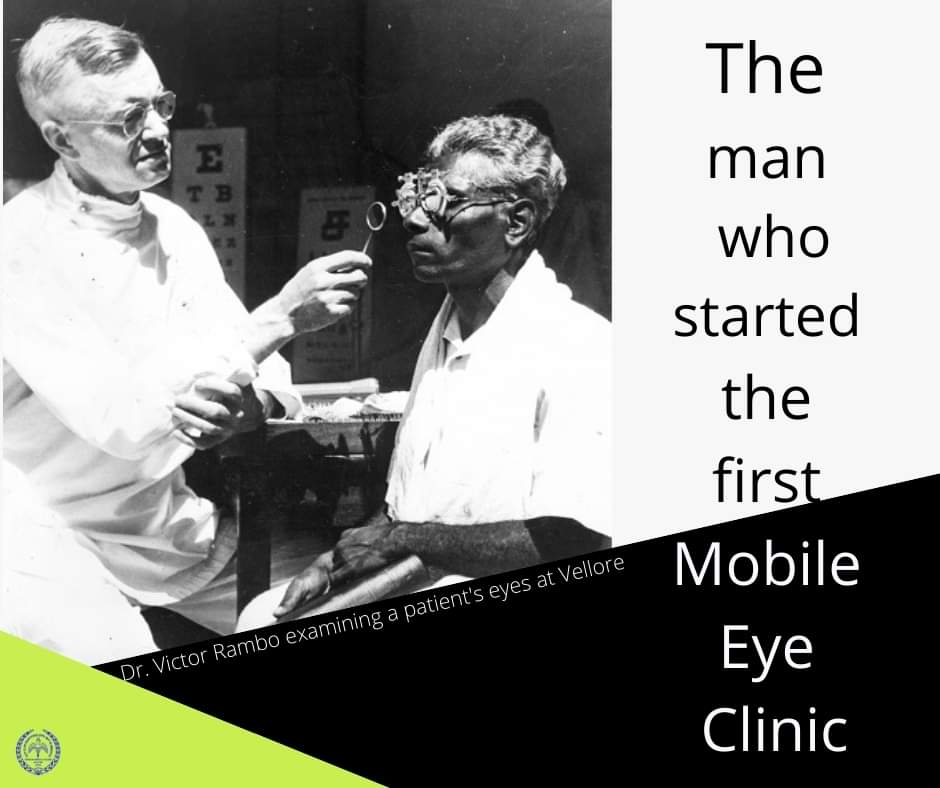 Ida Scudder started her roadside clinics back in 1906. But it was Victor Rambo who held the world’s first Eye Camp. He had a heart for the thousands of people who were needlessly losing their eyesight.

Born in Landour to missionary parents, Dr. Victor Rambo grew up watching his parents serving people in India. He studied medicine and graduated from the University of Pennsylvania in Philadelphia, USA. From a young age, he was determined to become a missionary doctor and this passion caused him to turn down a prestigious job offer from his alma matter, Pennsylvania Hospital.

In 1924, Dr. Victor, and his wife Louise, came to India. After language training they were sent to Christian Hospital Mungeli, in Central India. He had a heart for the thousands of people who were needlessly losing their eyesight. Dr. Victor developed techniques and skills in cataract surgery and people flocked to be treated. However, he realised that most blind people in remote villages would never be able to come to the hospital. He longed to take the care they needed to them.

In March 1943, he and his team planned the first mobile eye clinic in Kawardha, 50 kms away from Mungeli in Chattisgarh. With the first camp a success, many more were organised.  A ‘bearer of the news’ would go a week ahead to announce the eye camp. The team visited the village and conducted the eye checks and surgeries. Dr. Victor pioneered faster operations, to help as many as possible. They were cared for until the stitches were removed. New glasses were given out as they joyfully exclaimed “I can See"

Teaching was another passion, and in 1947 he joined Christian Medical College Vellore, to lead the Ophthalmology Department. He enjoyed the opportunity to train both medical and nursing students, but nothing could keep him from starting eye camps at CMC as well.

Famous for his humour, he would dance a ‘jig’ on a table to make his patients laugh and relax them before their cataract surgery.

Today, CMC’s Ophthalmology Department continues to look outward and beyond hospital services. They follow Victor Rambo’s example of dedicated service.  Eye Camp teams still go out to the villages three times a week. However, they no longer a need to operate in a tent. The patients come to the Eye hospital for their surgery and can usually return home, clear sighted, within 24 hours.